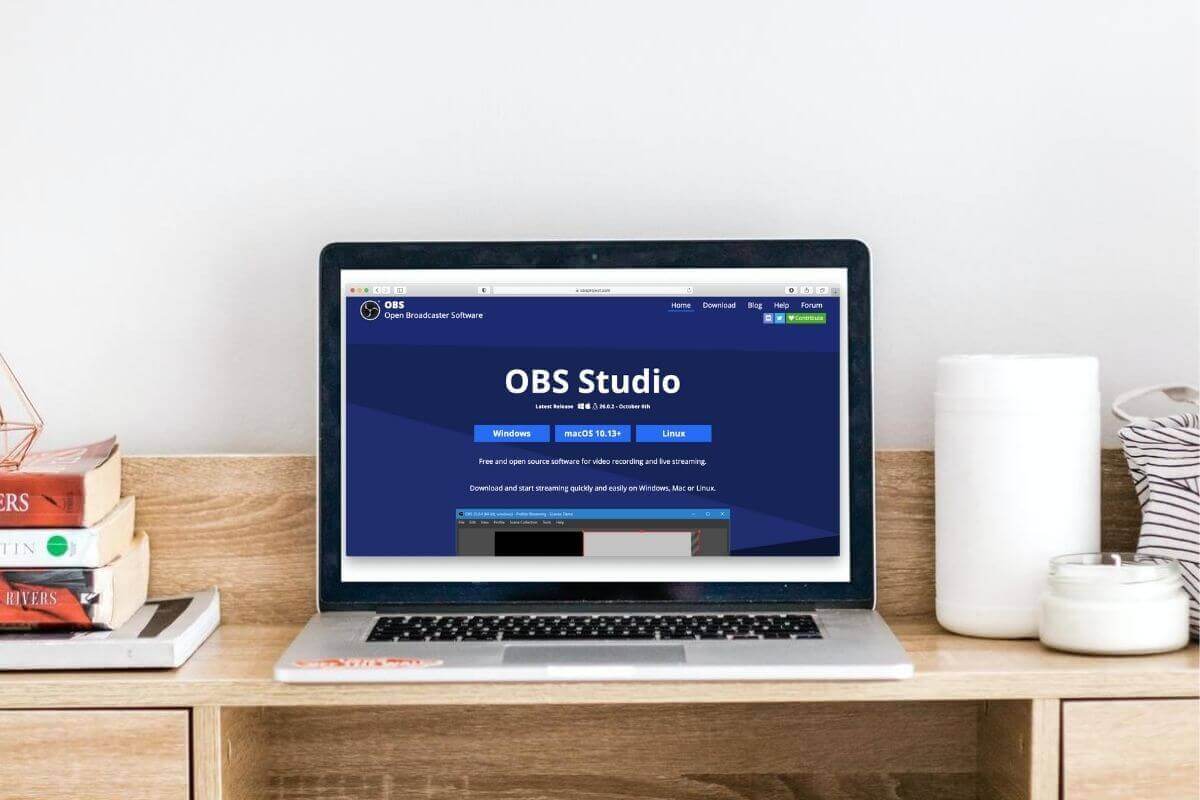 With MyOwnConference, you can hold webinars using broadcasting from OBS Studio and other apps for streaming. The main thing about it they need to support the RTMP protocol, some examples including Wirecast, FFmpeg, Adobe Media Encoder, etc.

Why using broadcasting from OBS and alike on a webinar platform?

At MyOwnConference, you can easily hold a webinar even with no additional apps needed. Yet, some situations appear when broadcasting video from OBS or other similar applications for live streaming would be easier. For instance, you would like to show videos from several webcams at the same time or enable the green screen feature and thus change the background behind you.

Let us consider the example of running a manicure workshop. During the webinar, you would like one webcam to target hands while the other would be showing your face.

In this case, it would be convenient to use an external webcam along with the laptop’s inbuilt one or even several external webcams at the same time. In this scenario, the signal from both webcams passes through OBS Studio and is broadcasted into the webinar room.

Other possibilities of broadcasting via OBS Studio

In addition to showing the view from several webcams simultaneously, using encoders offers other advantages.

In fact, these are the additional advantages of broadcasting via OBS Studio. But in some situations, using an encoder is the only way out.

For example, if for whatever reason it is impossible to use a webcam or a mic in the web browser, with the 99% probability, you will be able to do so in OBS Studio. Unlike web browsers, this software has been developed specifically for working with webcams. When broadcasting via such software, you have a possibility to stream video from any equipment, e.g., IP webcam, intercom, phone, etc.

Note that the platform supports OBS Studio and other similar software for streaming that supports RTMP, too.

How to enable broadcasting to MyOwnConference via OBS Studio

Step 1. In OBS Studio, select the video source — webcams you would like to broadcast from — and set the picture size. 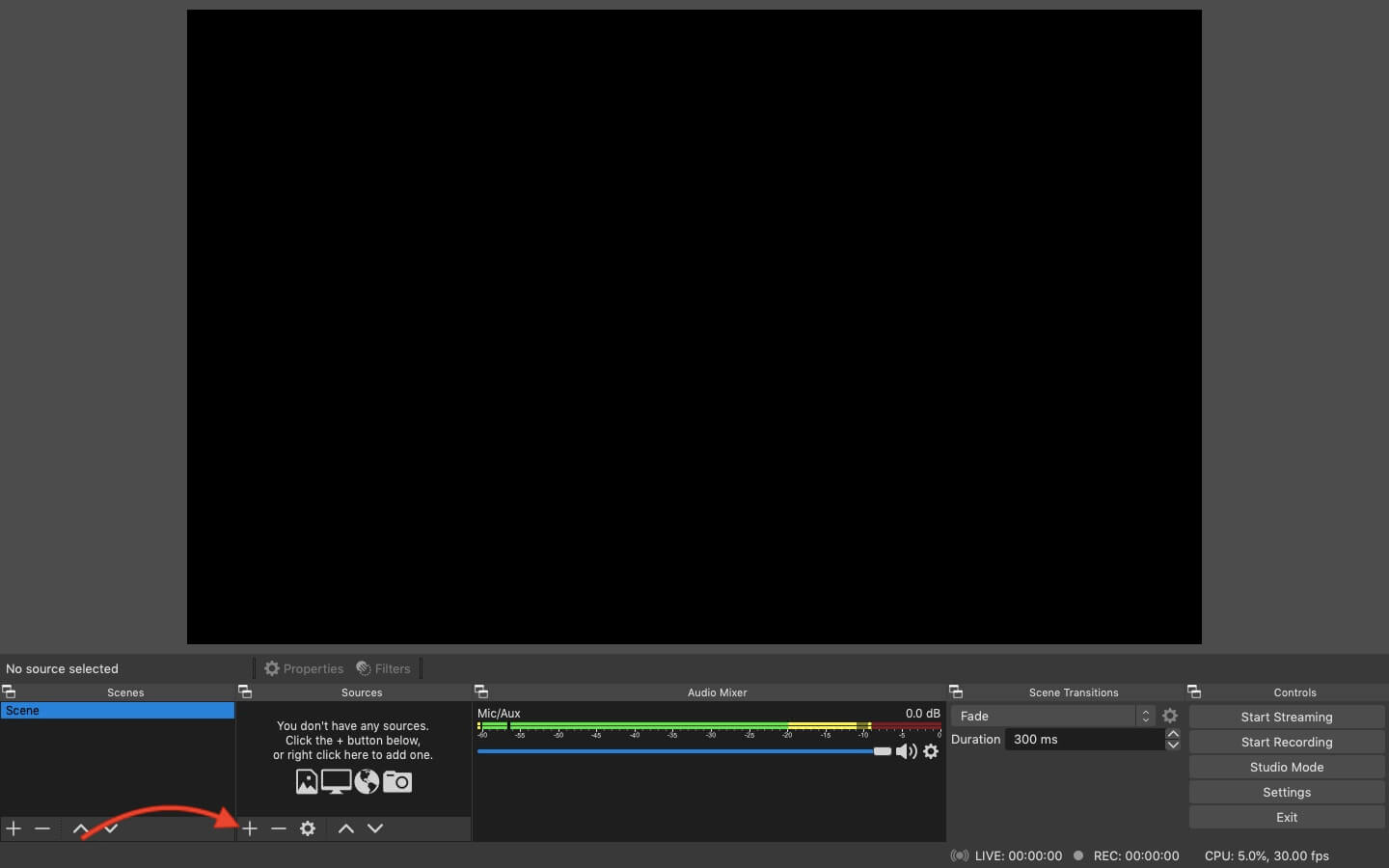 Step 2. In MyOwnConference, create a webinar and add at least two presenters to it.

Set the toggle to RTMP API next to the name of one of the presenters.

You will see two fields. There is the server address in the first line, and the second one has got the unique webinar key.

Step 3. Copy the above values and add them into OBS Studio.

To do so, in OBS Studio settings open the Stream tab. In the Service field set the Custom value.

Then in the Server field set the server address (link from field 1).

In the Stream key put the unique webinar key, which is in field 2. 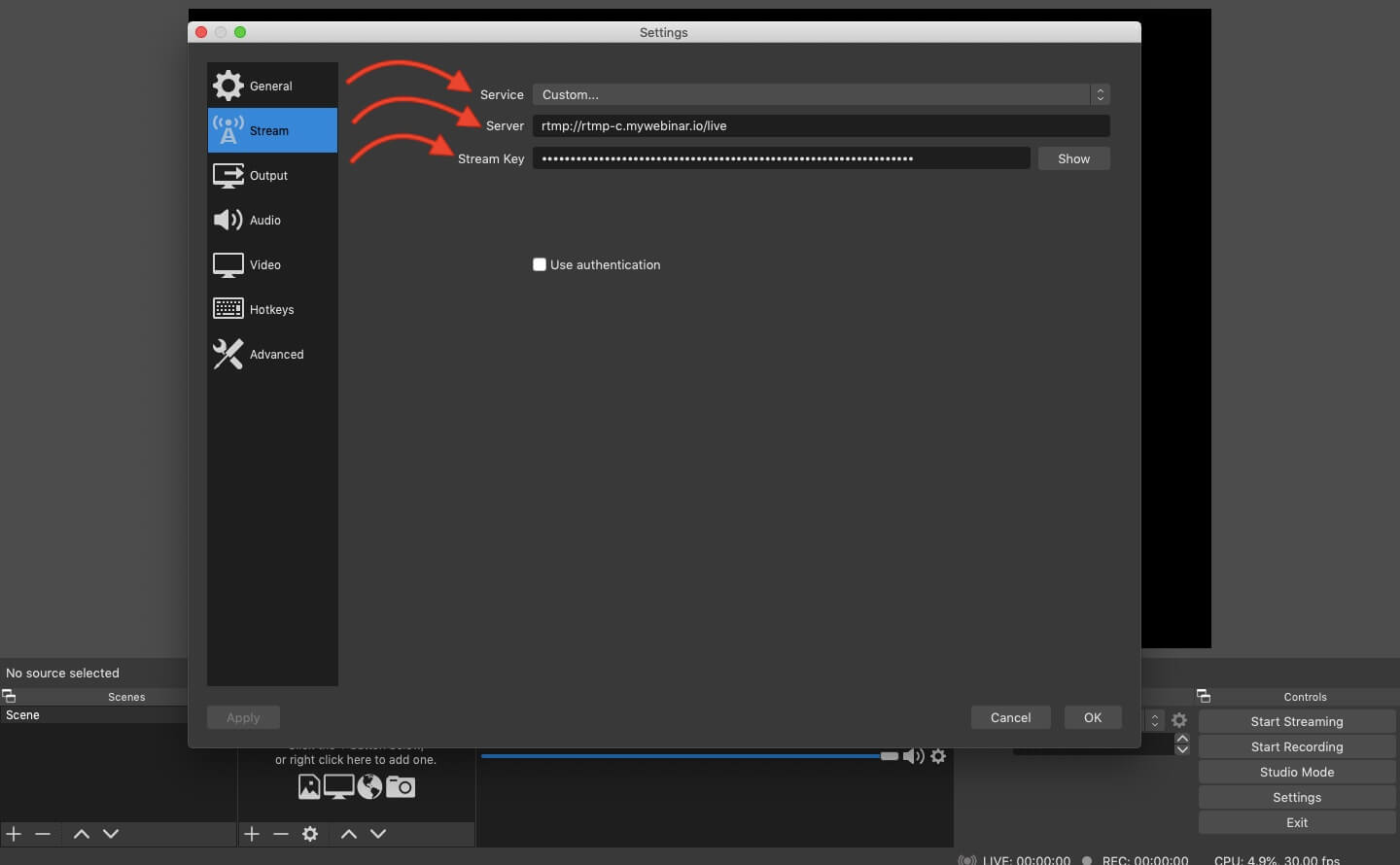 Before stopping the webinar, stop broadcasting in the encoder.

For everything to go smoothly, take into account some peculiarities of using external software.

If you hold a webinar on your own, you will not be able to switch from encoder-assisted broadcasting to the usual webinar room broadcasting.

Broadcasting via OBS Studio is possible only for one webinar presenter.

Even if you hold your webinar on your own, encoder functionality allows for streaming video from the webcam and showing windows of different applications or the whole desktop of the presenter. So, but mastering the possibilities of OBS Studio once, you will be able to host your webinar at a high level with no glitches.

Note: even if you are the only presenter at your webinar, create two presenters. You are going to use one of them to start broadcasting via OBS Studio. No other actions need to be done by this particular presenter in the webinar room. At the same time, you can enter the webinar room using the second presenter credentials in another web browser and thus moderate the event.

For planned events, you are getting a unique broadcasting code, which is different for any presenter. This code changes even for different webinars of the same webinar series.

For recurring webinars, each presenter gets one’s own unique code attached. It acts for all events in this room.

Pay attention that when broadcasting via an encoder some small delay is possible in sending the signal. You can adjust its duration in OBS Studio yourself. Yet, the bigger it is, the better the picture is during the broadcasting. 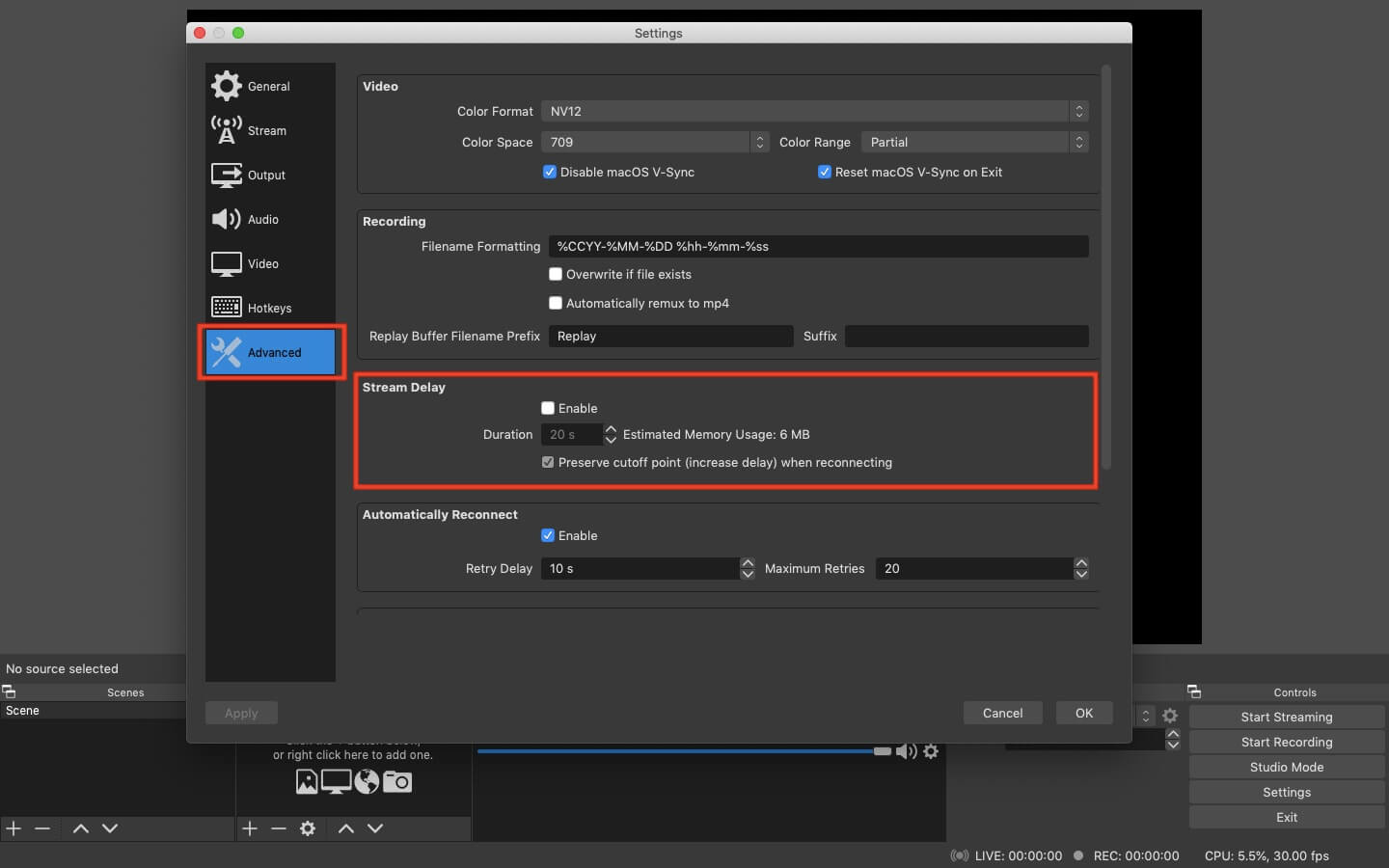 Webinar broadcasting can be done from any app that supports. Everything is set the same way.

Disregarding the fact that getting familiar with OBS Studio is going to take some time, broadcasting via such software can increase your webinar’s level. New functionality and better video quality, parallel broadcasting to other websites are just some part of the features that you get on top of MyOwnConference at no added cost. 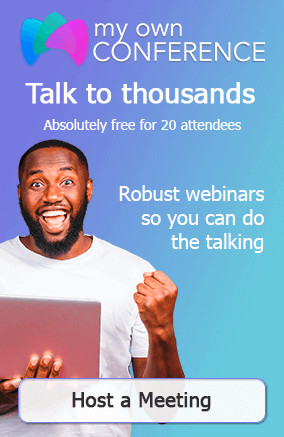